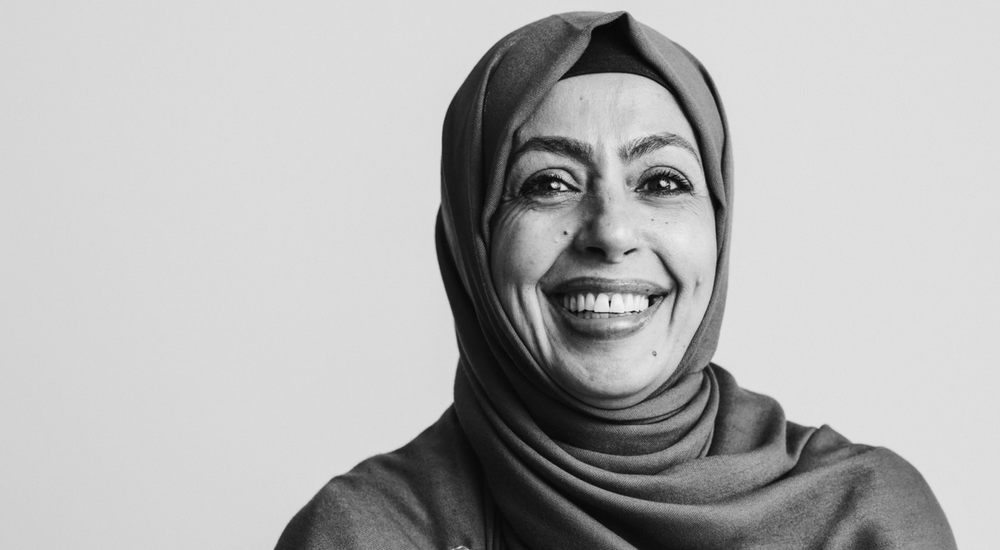 "Whilst unemployed I was receiving calls about my credit card repayments. I was finding even the smallest payments very difficult and it was a long time before I was told about hardship payment options. This woman made me feel ashamed and frustrated"

Although there are structural issues that broadly affect women’s finances it is also important to consider how different groups of women may experience added barriers when trying to engage with the finance sector. Understanding how race, class, gender, sexuality and disability can impact on women’s finances is crucial to providing better services for women.

Women who have low incomes are often experiencing a number of complex issues that greatly affect their earning capacity. These include structural issues such as the gender pay gap, the devaluing of caring work and the casualisation of the workforce; and social issues such as family violence, a lack of affordable housing and family breakdown. These issues may create added barriers to women being able to increase their income.

Income support payments such as Newstart, Rent Assist and the Parenting Payment leave many women living below the poverty line. There are strict requirements to be eligible for income support, and payments are reduced once a person begins earning more than $104 a fortnight. This means many women must navigate a system that could see them earning less income once they begin working. It is incredibly difficult to get off income support payments, particularly for people who are experiencing multiple issues. Many women on low incomes may already be in paid employment but often these are low paid and insecure roles, which can add more barriers to seeking financial advice.

Finding affordable housing is one of the major barriers to getting off income support payments, with rents increasing dramatically in most major cities over the past decade. There is also a bias against single mothers in the rental market, making it even more difficult for sole parents to find affordable housing. You can find out more about the financial effects of separation in our section on separation and divorce.

Women on low incomes may feel that financial services are not for people who don't have a lot of money, especially if they are unsure about fees and other costs. Therefore being clear and upfront about how you can support people on low incomes will help to build trust and understanding of what your clients can expect. This can include informing your clients about financial hardship programs you have that they might not already be aware of.

Single women over 60 are the lowest income earners in Australia, earning an average of just $30,000 per year. This is mainly due to women retiring with less superannuation than men. There are many factors that contribute to this including women taking time out of the workforce to care for children, being more likely to work part time when they return to work, the gender pay gap, a lack of affordable housing and superannuation not being considered an asset in property settlement. On top of that women live, on average, 5% longer than men, meaning their smaller amount of super has to last longer. This has lead to a growing number of older women living in poverty and at risk of homelessness.

Financial abuse is another common issue for older women where someone tries to control their access to money. This may be a family member or carer who may or may not have legal power of attorney. You can find out more on our page about financial abuse.

LGBTIQ+ stands for Lesbian, Gay, Bisexual, Transgender, Intersex, Queer and Questioning, but the community extends beyond these categories to encompass many different sexualities and genders. For more information about the LGBTIQ+ community take a look at the Australian Institute of Family Studies website.

Members of the LGBTIQ+ community experience higher levels of discrimination and harassment than heterosexual, non-intersex and cisgender people. This includes in the workplace, job market and as customers of financial services. Consequently, 39% of LGBTIQ+ people hide their sexuality or gender identity at work. This discrimination can have a negative impact on their earning capacity and their willingness to engage with financial services.

Common experiences the LGBTIQ+ community encounters when trying to engage with financial services include:

Homophobia - negative attitudes towards people who are part of the LGBTIQ+ community, including hostility and discrimination.

Biphobia - aversion toward bisexuality including denial that it is a genuine sexual orientation and negative stereotypes about bisexual people.

Intersexism - negative attitudes or prejudice towards people with intersex variations.

Heteronormativity - the belief that heterosexuality and binary gender identities are the norm, i.e. identifying as a man or woman and being straight are “normal”.

These attitudes and prejudices can be reinforced in both obvious and subtle ways, some people may not be aware that they are perpetuating these behaviours. For example, assuming that the partner of a woman applying for a loan is a man, would be heteronormativity. It might not be intentional but can still have a negative impact on the customer and may prevent them from using your services again. Another example would be misgendering a transgender person — this is when you refer to someone as a different gender to their identity, and is an expression of transphobia.

"They kept referring to me by my old name after I'd processed my name change with them. And kept the title "mister" on my account after I'd asked them to change it multiple times."

Experiences such as these can be traumatic for clients and a fear of encountering these kinds of interactions may put them off using any financial services. Creating a welcoming space for your LGBTIQ+ clients will help to build trust ensuring they feel safe using your services. Find out more about making your services more accessible on our page about engaging with marginalised groups.

Women from CALD (Culturally and Linguistically Diverse) backgrounds often face a number of barriers to engaging with financial services. These include language barriers, cultural beliefs and practices around women and money, as well as higher rates of  discrimination, unemployment and underemployment.

Factors such as discrimination in the Australian workforce, a lack of recognition of overseas qualifications, language barriers, low literacy, a lack of local work experience and rigid gender roles all contribute to the higher rates of unemployment for CALD women. Women who do find employment are often in insecure and low paid roles, contributing to a lack of financial security.

These women experience the same structural barriers as other women in insecure, low paid work, but may also experience further barriers. CALD women whose first language is not English may struggle to engage with jargon filled financial language, that is why using plain language is so important, it makes information accessible to everyone. Similarly cultural expectations on women may prevent them from engaging with financial services if it’s not seen as a woman’s role in their community. These kinds of barriers may be more complex to address but creating a culturally welcoming space for women will help reduce these hurdles.

Relationship debt is another significant financial issue for many migrant women, who may be pressured by their partner or extended family to take out loans without having an understanding of the Australian financial system. They may even borrow money from family or community members to pay back formal loans. Debts may be used by their partner or extended family as a form of financial abuse. Dowries are another practice that may be used to financially abuse migrant women. For more information on migrant women's experiences of the financial sector take a look at the To Every Women: Money, Power, Freedom report by the Multicultural Centre for Women's Health.

Indigenous Australians experience higher rates of financial exclusion than their non-indigenous counterparts. A survey conducted by the Centre for Social Impact in 2012 found that 43.1% of Aboriginal people surveyed were either severely or fully excluded from financial services, compared to the 17.2% national average. This, coupled with high unemployment rates, low financial literacy, and different cultural beliefs about wealth, can make engaging with financial services difficult for First Nations people. This is compounded by services that have limited experience dealing with Aboriginal clients and a lack of cultural awareness. Aboriginal Australians living in rural or remote communities often have limited access to financial services due to their location. Proof of identity requirements can be another barrier, particularly for members of the stolen generations.

Aboriginal people are often denigrated as being a drain on the nation’s economy, but if you look at the facts it’s actually the other way around, with Aboriginal labour being used to build the economy without due payment or even recognition.

The processes of colonisation and dispossession used policies that actively excluded Aboriginal and Torres Strait Islanders from the economy. Between 1897 and the 1970s Aboriginal workers had their wages stolen through government policies that denied them access to their own money. During this time the government administered the wages of First Nations Australians allowing the non-payment or underpayment of wages or diversion to trusts and savings accounts that were often misused or misappropriated. Many Aboriginal Australians never received the money they were entitled to. It is estimated that $500 million is owed to Aboriginal people in Queensland alone. The federal government held an inquiry into stolen wages in 2006, which was followed by the set up of stolen wages commissions in Western Australia, Queensland, Victoria and New South Wales, although strict requirements made it difficult for claimants to access compensation. This history contributes to the financial exclusion that Indigenous Australians still face today. Financial services can increase their engagement and inclusion of First Nations Australians by creating a culturally safe space for their clients.

Women with disabilities also experience barriers to employment such as discrimination in the job market and workplace, a lack of flexible working conditions, difficulty negotiating reasonable adjustments in the workplace, a lack of accessible public transportation and a lack of accessible technology in the workplace. The unemployment rate for people with disabilities in Australia is 10% compared to the overall unemployment rate of 5.9%. Some of your clients may be on the Disability Support Pension, if they have a permanent disability and are unable to work more than 15 hours a week. The maximum payment rate for a single person on the Disability Support Pension is $826.20 a fortnight. Women on this payment experience the same barriers to accessing financial services as other people on low incomes, although they may be compounded by the issues faced specifically by women with disabilities.

Young women face similar financial issues to other marginalised groups such as high rates of unemployment and over-representation in insecure and low paid jobs. Around a third of young people are either unemployed or underemployed. Young women working in insecure and low paid jobs may face further issues such as low financial stability, accruing debt and housing insecurity. Young women who are studying must also balance their financial needs with their study requirements which can be difficult when working in a low paid, insecure job.

When I was 19 I needed a loan for a computer. Instead of giving me a loan, that same day the bank instead gave me a credit card. It took me almost ten years to pay that off because I was not fully aware of the risks. Looking back, I feel I was preyed upon due to my ignorance of financial systems.